El Salvador is a country about the size of Wales, with a population of approximately 6.2 million inhabitants.

Since the Spanish conquest in the early 1600s, it has experienced a turbulent history, the chief feature of which has been the struggle for land.

Throughout the twentieth century the country has suffered from extreme poverty and the marginalisation of the vast majority of its rural population. The torture and murder of individuals protesting social injustice in the 1970s, as well as the use of fierce repression by successive military governments, led to El Salvador descending into civil war. Between 1980 to 1992, the civil war resulted in the loss of over 75,000 lives and produced over a million refugees. While some gains were made, the issue of poverty and marginalisation of the rural communities was never fully resolved.

The region that we work in is a coastal region of rural El Salvador called the Bajo Lempa, in the department of Usulután. Our teachers are based in 5 communities (Nueva Esperanza, Ciudad Romero, El Zamorán, Amando López and La Papalota but teach children and young people from many more. These communities stretch from the Pan American Highway to the coast, along a section of the eastern bank of the Lempa River.

As the war began to draw to a close in 1991, a significant number of refugees began returning and the Bajo Lempa region was populated for the most part by communities of people who’d been living in exile as refugees in Honduras and Nicaragua.

These new communities had little-to-nothing—just the clothes on their backs, some basic tools such as machetes, and some basic materials (plastic sheets and wooden boards) that they carried with them to build shelters. They had to struggle with the military who tried to prevent them from returning and also the wealthy landowners who didn’t want to give up even a small part of their vast estates for people to eke out a living. Some of these communities, though, did have the support of international solidarity groups which helped them become established. In the same way, more established communities helped newer ones of more recently returned refugees to settle.

The children who’d returned from exile, including those who’d been born in the refugee camps, now had to come to terms with both the trauma of the violence they’d witnessed during the war as well as the dislocation they’d experienced, and, also, building a new home in the Bajo Lempa. The majority of these children worked with the adults in the fields and with the animals and some attended the field schools that’d been set up by the women of the communities.

This was the situation that Katherine Rogers witnessed in 1995, prompting her to found Music for Hope.

While the ongoing underlying problem of social marginalisation of a large percentage of the population was never adequately addressed, this situation has been aggravated by the endemic gang violence that has developed since the end of the civil war. Salvadoran governments since 1992 have repeatedly tried to resolve this issue but their focus on repression rather than long-term, viable alternatives has had a serious impact on all Salvadoran youths, regardless of whether or not they’re involved with the gangs.

It is in this complicated social and political situation that Music for Hope now operates in the Bajo Lempa region, aiming to  provide a safe, neutral space in the communities for young people to learn new skills through music, whilst also teaching them civic responsibility, cultural expression and the core value of non-violence. A key aim is for these youths to pass on these values to younger participants as they learn and grow together.

Landscapes of the Bajo Lempa 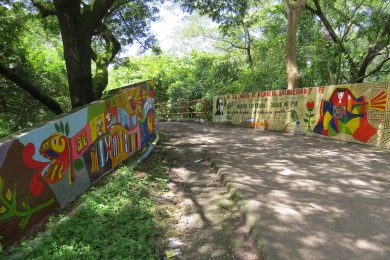 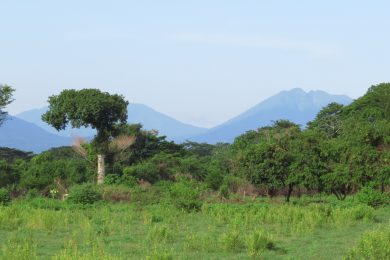 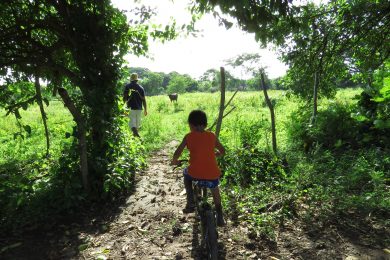 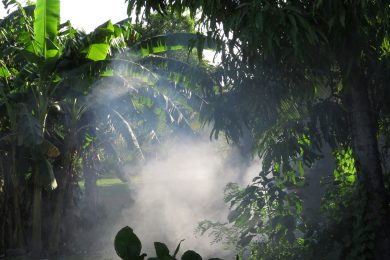 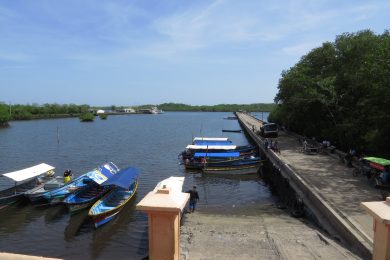 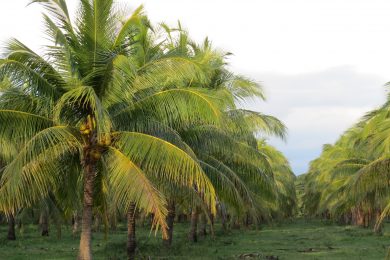 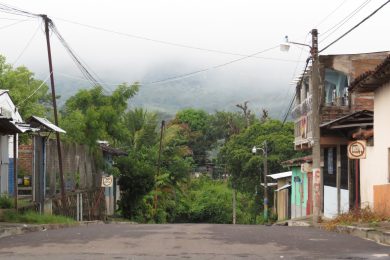 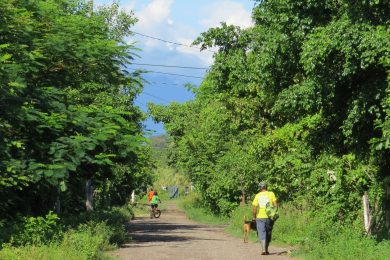